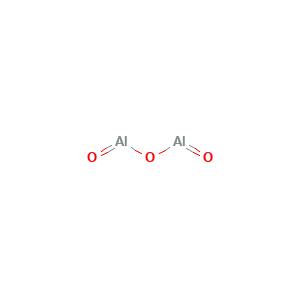 Personal protection: particulate filter respirator adapted to the airborne concentration of the substance. Sweep spilled substance into covered containers. If appropriate, moisten first to prevent dusting. Wash away remainder with plenty of water.

TLV: 1 mg/m3, as TWA; A4 (not classifiable as a human carcinogen).MAK: carcinogen category: 2

Inhalation of high concentrations of dust may cause irritation of the eyes and respiratory tract.

The substance may have effects on the central nervous system.

There is a different and hard crystalline form of aluminium oxide which occurs abundantly in nature under the name corundum (CAS 1302-74-5).Other melting points: 2015°C (corundum).Occurs also as the minerals: bauxite, bayerite, boehmite, diaspore, gibbsite.