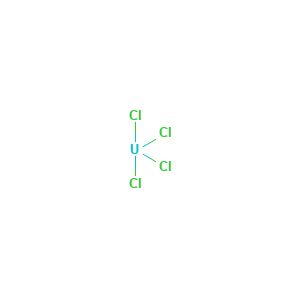 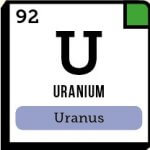 Uranium is a silvery-grey metal in the actinide series of the periodic table. A uranium atom has 92 protons and 92 electrons, of which 6 are valence electrons.
Uranium is a chemical element with the symbol U and atomic number 92.