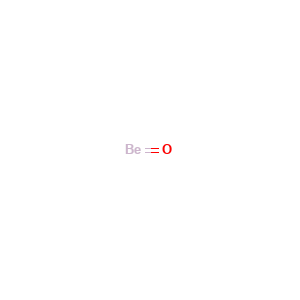 Control of environmental exposure: Prevent further leakage or spillage if safe to do so. Do not let product enter drains.

Provision to contain effluent from fire extinguishing. Separated from food and feedstuffs. Well closed. Store only in original container. Store in an area without drain or sewer access.Keep container tightly closed in a dry and well-ventilated place. Keep in a dry place.

NIOSH considers beryllium and beryllium compounds (as Be) to be a potential occupational carcinogen.

Upon heating, toxic fumes are formed.

Can react explosively with magnesium when heated.

Special hazards arising from the substance or mixture: Beryllium oxides

The substance is irritating to the eyes and respiratory tract. Inhalation of dust or fume may cause chemical pneumonitis. The effects may be delayed. Medical observation is indicated. Exposure could cause death.

Bioconcentration of 100 fold can occur under constant exposure. Not significant in spill conditions.