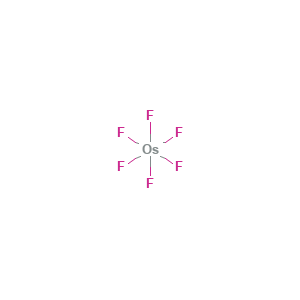 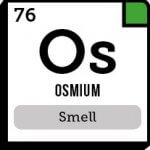 Osmium (from Greek ὀσμή osme, “smell”) is a chemical element with the symbol Os and atomic number 76.
It is a hard, brittle, bluish-white transition metal in the platinum group that is found as a trace element in alloys, mostly in platinum ores.
Osmium has a blue-gray tint and is the densest stable element; it is approximately twice as dense as lead[3] and slightly denser than iridium. Calculations of density from the X-ray diffraction data may produce the most reliable data for these elements, giving a value of 22.587±0.009 g/cm3 for osmium, slightly denser than the 22.562±0.009 g/cm3 of iridium; both metals are nearly 23 times as dense as water.