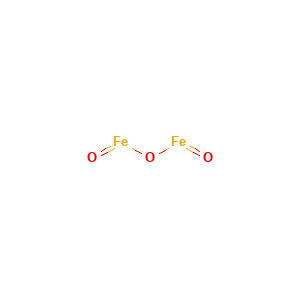 TLV: (as Fe): (respirable fraction): 5 mg/m3, as TWA; A4 (not classifiable as a human carcinogen).MAK: carcinogen category: 3B

Repeated or prolonged inhalation of dust particles may cause effects on the lungs. This may result in siderosis, a benign condition.

A nuisance-causing concentration of airborne particles can be reached quickly when dispersed, especially if powdered.

There is a UN number associated with ferric oxide but this relates to iron oxide, spent, or iron sponge, spent obtained from coal gas purification which is spontaneously combustible.