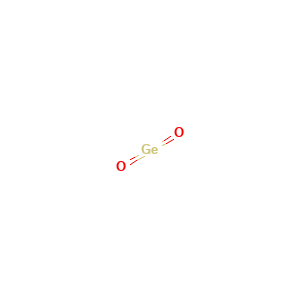 Germanium in various forms is absorbed from the gastrointestinal tract and excreted in the urine (68%) and the feces (9.7%) within 24 hours of administration. It is fairly equally distributed between plasma and red blood cells but is not bound to plasma proteins. Germanium may be transported in the blood, unbound to protein, since it leaves the bloodstream in a few hours. It is widely distributed in body tissue and not selectively retained by any single tissue. Often, within a week it has even disappeared from the tissues in which it was detected. Germanium