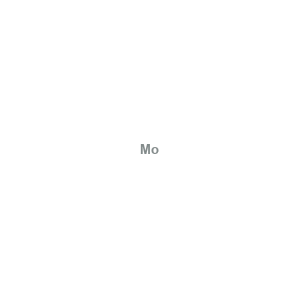 Rinse mouth. Give one or two glasses of water to drink.

Excerpt from ERG Guide 170 [Metals (Powders, Dusts, Shavings, Borings, Turnings, or Cuttings, etc.)]: DO NOT USE WATER, FOAM OR CO2. Dousing metallic fires with water will generate hydrogen gas, an extremely dangerous explosion hazard, particularly if fire is in a confined environment (i.e., building, cargo hold, etc.). Use DRY sand, graphite powder, dry sodium chloride-based extinguishers, G-1® or Met-L-X® powder. Confining and smothering metal fires is preferable rather than applying water. Move containers from fire area if you can do it without risk. FIRE INVOLVING TANKS OR CAR/TRAILER LOADS: If impossible to extinguish, protect surroundings and allow fire to burn itself out. (ERG, 2016)

Excerpt from ERG Guide 170 [Metals (Powders, Dusts, Shavings, Borings, Turnings, or Cuttings, etc.)]: May react violently or explosively on contact with water. Some are transported in flammable liquids. May be ignited by friction, heat, sparks or flames. Some of these materials will burn with intense heat. Dusts or fumes may form explosive mixtures in air. Containers may explode when heated. May re-ignite after fire is extinguished. (ERG, 2016)

Evacuate and restrict persons not wearing protective equipment from area of spill or leak until cleanup is complete. Remove all ignition sources. Use HEPA vacuum or wet method to reduce dust during clean-up. Do not dry sweep. Collect powdered material in the most convenient and safe manner and deposit in sealed containers. Ventilate area after clean-up is complete. It may be necessary to contain and dispose of this chemical as a hazardous waste. If material or contaminated runoff enters waterways, notify downstream users of potentially contaminated waters. Contact your Department of Environmental Protection or your regional office of the federal EPA for specific recommendations. If employees are required to clean up spills, they must be properly trained and equipped. OSHA 1910.120(q) may be applicable.

Separated from strong oxidants, halogens and strong acids.Prior to working with this chemical you should be trained on its proper handling and storage. Manganese must be stored to avoid contact with strong oxidizers (such as chlorine, bromine, and fluorine) since violent reactions occur. Store in tightly closed containers in a cool, well ventilated area away from bromine, trifluoride, fluorine, chlorine trifluoride and lead oxide.

Health effects of exposure to the substance have not been investigated adequately.