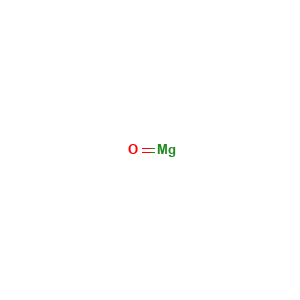 Separated from strong acids. Dry. Well closed.Store in tightly closed containers in a cool, well ventilated area away from moisture.

Phosphorus pentachloride and magnesium oxide react with brilliant incandescence [Mellor 8:1016. 1946-1947]. The oxide is incompatible with interhalogens such as bromine pentafluoride, etc.

A4: Not classifiable as a human carcinogen.

Lungs may be affected by repeated or prolongated exposure to dust particles.