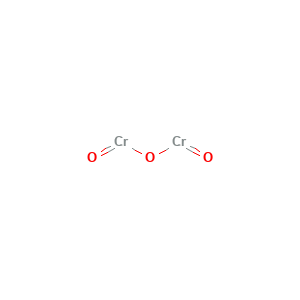 The reaction of lithium and chromic oxide occurs around 180 deg C with consequent temperature rise to 965 deg C.

May cause mechanical irritation to the eyes and respiratory tract.