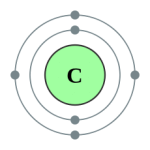 Carbon isotopes and mainly C-13 is used extensively in many different applications.
C-13 is used for instance in organic chemistry research, studies into molecular structures, metabolism, food labeling, air pollution and climate change.
C-13 is also used in breath tests to determine the presence of the helicobacter pylori bacteria which causes stomach ulcer.
C-13 can also be used for the production of the radioisotope N-13 which is a PET isotope.
The C-12 atom has been given the atomic weight of exactly 12.000000000 and is used as the basis upon which the atomic weight of other isotopes is determined.