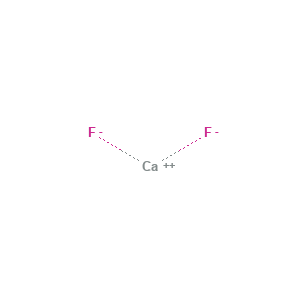 Use ventilation (not if powder), local exhaust or breathing protection.

CALCIUM FLUORIDE has weak oxidizing or reducing powers. Redox reactions can however still occur. The majority of compounds in this class are slightly soluble or insoluble in water. If soluble in water, then the solutions are usually neither strongly acidic nor strongly basic. These compounds are not water-reactive.

Evaporation at 20°C is negligible; a harmful concentration of airborne particles can, however, be reached quickly on spraying.

Calcium fluoride minerals are mined as fluorite and fluospar.